Out Of The Fire

September 22, 2019
The prolonged drought is one of the reasons I have not written a post for some time. The last time we had enough rain to fill our dam was Autumn 2018. So we had to stop watering our gardens and orchard several months back. Several months before we ceased watering, we had started a program of restricted watering. It has been an unpleasant experience seeing so many plants die.


Recently we had the added drama of a bushfire that nearly burnt our home out. It was about 4:30 one afternoon a couple of weeks back that my husband went outside to feed the dogs. As he went past me to put the dog food away he said, "I am just going back outside to check on some smoke I can see." I had assumed he meant smoke in the distance across the river from us. He came back to the door a couple of moments later and called me outside. We went up on the dam wall and looked to the south-west and there was a plume of smoke, and as we watched we saw flames rise up. The flames were visible in a paddock located a couple of properties over from us. We sprang into action and beetled back inside, Don to ring one of the neighbours and me to ring 000. Following the 000 call I rang another neighbour and left a message on their phone. I checked out a window and discovered the fire had already reached our back fence.  Roughly 60 metres from where I was standing inside looking out.

A few years ago a fire had gotten away from the neighbours behind us. It burned through their paddock and across into the back paddock of the neighbour to our right (on our western boundary). My husband was not concerned during that fire as he always keep the grass mowed and kills any grass on either side of the fences. So that fire merely burned up to our fence line and stopped there.


This month's fire was different. There was a huge fuel load on the neighbouring properties due to the dry conditions and the unmanaged state of the paddocks on the neighbouring properties. (Or to put it another way they had not been mowed or slashed for months and in some cases years and were full of weeds and long grass). Also there were very strong winds, so in the blink of an eye the grass fire leapt up into the tree canopy.

We were now in evacuation mode. My husband moved our two vehicles to where we could begin loading them, but also out of the line of the approaching fire. As I started grabbing items and putting them on the outdoor table, Don leashed the dogs and put them in the back of the dual cab. Next he put in a large bag of dog food. I gathered documents, photos, wallet, purse, mobile phones, medications and eyeglasses. I helped pack these things into the car. I noticed Don disconnecting the gas bottles from the hot water system and moving them into a clear area away from structures and trees. I assisted with this briefly. As I did I could see the neighbouring property to the right was alight and some of our fruit trees in the orchard were also burning. I could hear the fire. The smoke was closing in.

As I returned to grab some more items to put into the vehicles I saw the neighbours to the right with a couple of other people  dashing down their back yard to the fire, with buckets. No hope of holding that fire back with buckets of water. I saw them slow down and start turning back even before they got anywhere near the fire.

Next back inside I started grabbing underwear, sleepwear, &  jewelry and started stuffing them into a bag. Don raced in threw open the wardrobe and grabbed a huge armful of my clothes, hangers and all and raced out to the car again. As I dashed out with a couple of more bags of gear, Don headed off to our western boundary and disappeared into thick smoke. At roughly this point we began to hear sirens in the distance. I called out to him to ask if the pump shed was locked and out of the smoke he called back that it wasn't, and would I please go and turn on the water pump, which I did. He started putting out spot fires.

I went back inside and grabbed some of Don's clothes from the wardrobe and tossed them in the car. By this time the smoke was very thick and visibility was becoming poor. I started to become concerned because Don was still putting out spot fires. I noticed a spot fire to the north of where we had the cars parked and knew it was time to get out. I started yelling over the roar of the fire into the smoke in the direction I hoped Don was and telling him it was time to go. He reappeared and we grabbed our laptops and a dog bowl as the fire trucks came onto the scene - not down our drive way but cutting straight across the front paddock. The fire-fighters parked directly in front of our place and the one I approached said to me we will do our best to save your home. Meanwhile the firemen from the smaller truck started toward the fire-front on our western boundary. I pointed out to the firefighter that I was talking to that a tree to the east of our house was now fully alight and that we had moved the gas bottles out of the way as best we could. He thanked me and I calmly told him that Don and I were now going to evacuate. I got to the vehicles and said to Don where is our meeting up point? He gave me a bit of a strange look and said at the front gate. (I have to admit at this point I was a bit adrenalised and had been ready for a more dramatic meeting point. 😉)

Before and behind me.

Earlier that afternoon, at just after 3:20 pm I looked at Don and said, if we were told we had half an hour to evacuate our property, what would be the first five things you would grab? It was during that conversation we listed the dogs, dog leads dog food, documents and most of the other things that later on that afternoon we managed to pack in around 10 minutes.

When the fire-fighters arrived and Don and I got into the cars and drove away - 220 metres to the north 😊, (the fire was being driven to the north-east by the winds), - I felt calm and at peace that we had done what we could. Of course I was still a little adrenalised. However I felt that we had enough in our cars to see us through any initial difficult period we now faced. I felt protected.

The first person I called when I parked my car was my Pastor Jo, her husband was out at the time. She offered us a place to stay. Shortly after her husband texted me to say he was on his way to help Don fight the fires. I texted back and advised him that we were surrounded by emergency services; fire, police and paramedics, and we were safe. I felt an added sense of security knowing my pastors were standing by, ready to help as needed.

The firefighters did save our home and those of our neighbours. One neighbour lost a caravan and another lost a shed full of concreting equipment to the blaze.

I found out about a week later that the fire was caused when a branch came down on a power line causing it to spark.

Around the middle of the year I hit a really big roo while driving. The dual cab was off the road for nearly three months. I did not realise it would take so long for the repairs to be finalised. But then, I have never hit a roo before. Did I mention he was really big?

In December last year I mentioned that I was starting a women's ministry in our church in January of this year. I had always planned to have a blog connected to the women's ministry which is called 'Network 31'. I have finally, finally, started that blog and I have included a link to it here , in case you are interested. There aren't many posts there as yet and I am still learning how to work my way around the blogging platform used. For every two steps forward I have been taking one step back, so it has been an lesson in patience for me.

This is the link to the main 'Network 31' page.

Popular posts from this blog 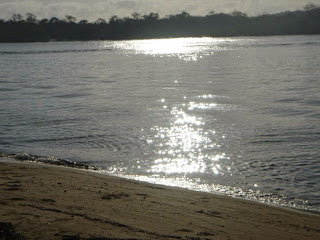 "Visualizations are daydreaming's virtual reality: a deliberate, positive scene-setting of what you'd like to see happen in your future" - Sarah Ban Breathnach
Read more